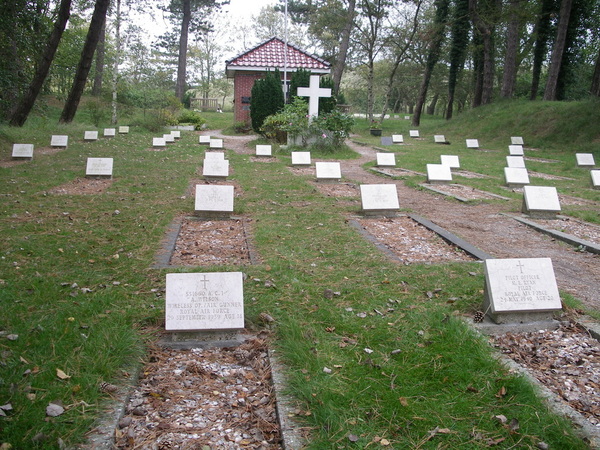 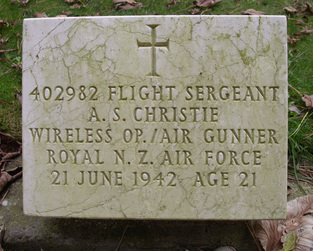 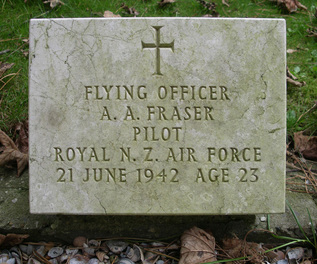 No. 75 (NZ) Squadron Wellington B.III X3760 had left RAF Feltwell on June 20, 1942, for a bombing mission to Emden. It is believed the Wellington was shot down by a nightfighter. The machine crashed into the sea West of Ameland. There were no survivors.
F/S Arthur Stafford Christie (21) was buried on 14 July 1942, on the same day as his pilot, F/O Allen Armistice Fraser (23).
Two crewmembers are buried in Sage War Cemetery: P/O Walace Edward Buckley, RNZAF (28) and P/O Raymond Wickliffe John Trengrove, RNZAF (21).
One member of this crew, 23 year old Sgt Clifton Robert Brailey, RNZAF, has no known grave. He is commemorated on the Runnymede Memorial on panel 117 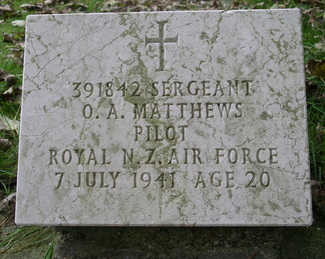 The Wellington of 115 Squadron RAF, with codeletters 'KO-D' had left RAF Marham at 23.26 hrs on 6 July, 1941,  for a bombing mission to Münster. The bomber was intercepted and shot down by a nightfighter and crashed at 02.17 into the North Sea off Schiermonnikoog. It is believed the pilot attempted to make a controlled ditching as a w/t message was received indicating this intent. There were no survivors. 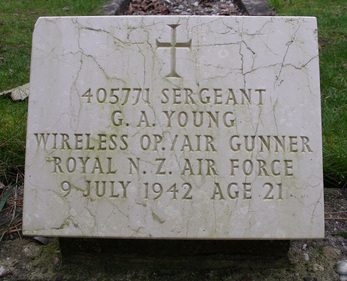 In the evening of 8 July, 1942, X3557 of 75 (NZ) Squadron set course for its target, Wilhelmshafen. At 01.30 hrs the bomber crashed into the Waddenzee, off Rottumeroog. The whole crew perished. Sgt George Anthony Young, RNZAF (21) was buried in Vredenhof Cemetery on 22 August, 1942. Only one other fellow crewmember has a known grave. P/O T.H. Smith, RNZAF, the pilot of X3557, was initially buried on Rottumeroog, but he now rests in the Oldebroek General Cemetery.