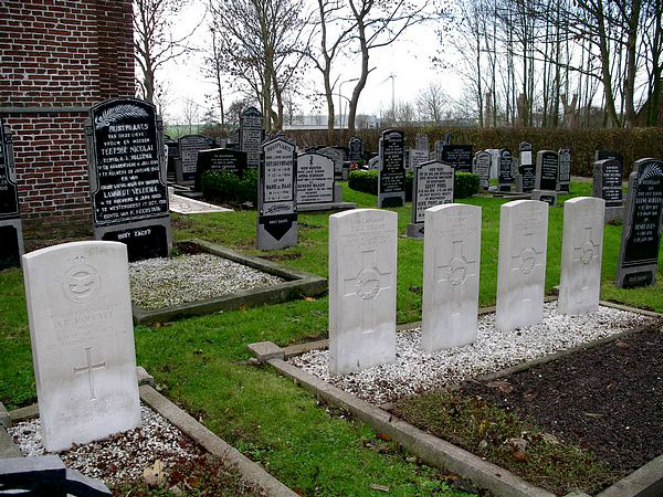 This aircraft of 75 (NZ) Squadron, RAF, departed RAF Feltwell in the evening of 29th June 1942,  for a bombing mission to Bremen. The Wellington is believed to have been intercepted and attacked by a nightfighter. The aircraft crashed into the Waddenzee, off Holwerd. The captain of the Wellington, Pilot Officer W.J. Monk, RNZAF, has no known grave.  He is commemorated on the Runnymede Memorial (Panel 116).